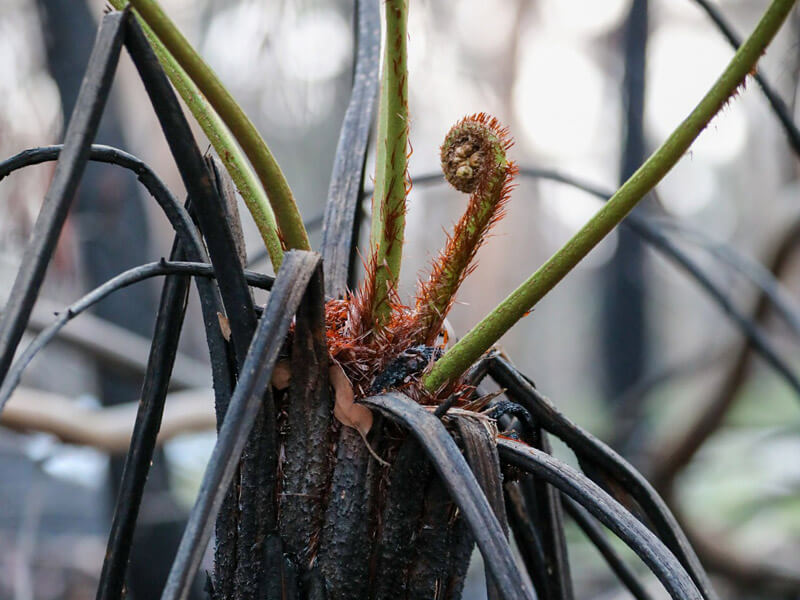 Rainforest ecosystems are at risk of being greatly reduced Victoria through the impacts of fire, weeds and introduced herbivores.

Thirty per cent of Victoria’s rare or threatened plant species live in rainforests. Some of the last remaining pockets of littoral (coastal) rainforest, covering about 100 hectares on the coast of eastern Victoria, were badly affected by the 2019/20 bushfires.

This work is part of Victoria’s $54.5 million Bushfire Biodiversity Response and Recovery Program.

The rate and scale of rainforest vegetation recovery, for canopy and understorey, was closely associated with the severity of fire.

Fewer weeds and introduced animals were observed in burnt areas.

Without our control efforts, numbers of introduced animals and weeds will increase, reducing or even preventing successful rainforest regeneration.

How you can help

Join a local landcare or community group and help rehabilitate your local environment.

Get involved in your local Gardens for Wildlife program.

Make sure your car, shoes and camping equipment are cleaned before and after entering a rainforest site to prevent spread of weeds.