You’ve heard of the weather and climate forecast, but between February and March this year forest managers’ eyes in Gippsland and Hume were also on the flowering and seed availability forecast in the surviving Alpine and Mountain Ash Forests. A positive forecast would mean valuable seed could be collected. 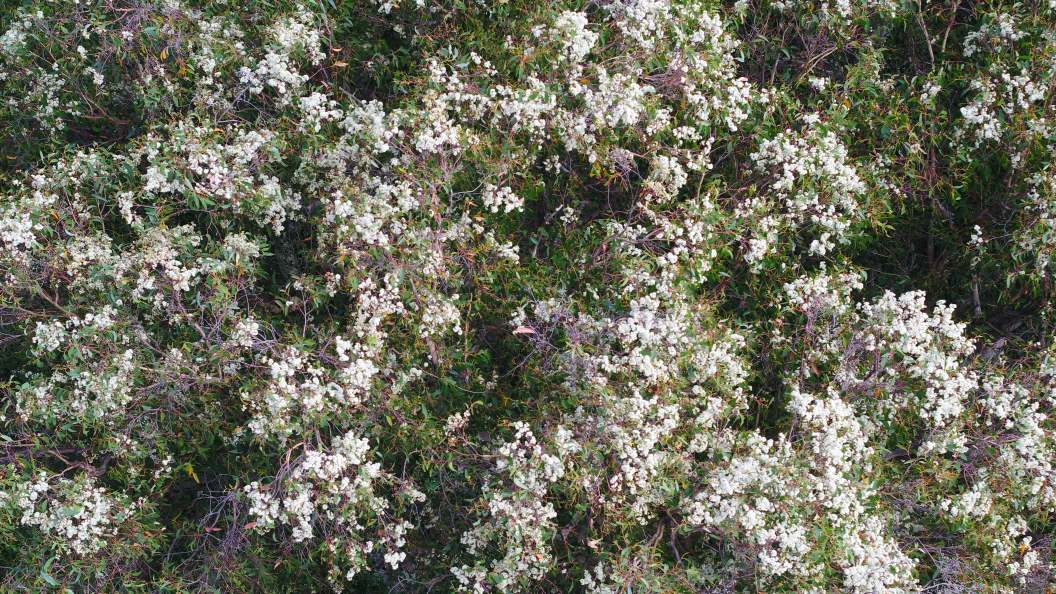 The Alpine and Mountain Ash Forests were severely impacted by the 2019/20 bushfires as well as previous fires in 2003, 2007 and 2014 prompting fears without intervention the Alpine Ash in particular would become locally extinct.

In Phase one of the Forest Restoration Project using more than 4.5T of seed DELWP, with partners VicForests, Parks Victoria and contractors from regional Victoria  heli-seeded approximately 11,500 ha of the affected forest. Watch the Reseeding Giants - reseeding the Ash forests video on YouTube.

The Victorian Government has invested $7.7m as part of the Bushfire Recovery (BRV) program for the second e phase of the restoration project to help gather seed to replenish seed used last year and to create a seed bank to buffer against future events. The BRV funding is also supporting research to better understand the impact of high severity bushfires and seed collection operations to guide future forest restoration efforts.  DELWP is once again drawing on the skills of VicForests contractors deliver Phase  Two of the project.

Project Manager Caitlin Cruikshank explained the forecasts were just one of the many ways scientific insight was being used to inform decisions in the forest restoration project. Future fire and climate science was used to prioritise the best locations to sow seed in Phase 1, and science is also being extensively used to guide the restocking of our valuable seed supplies.

“Flowering and seed availability forecasts are carried out across the east of the state by consultants Forest Solutions and used to predict where the best areas are to collect seed,” she said.

“Seed traps are placed in the forests and collect parts of the early flower buds which fall from the Ash trees.

“That data, along with data from the Alpine Ash floral monitoring flights collected in 2020 indicated 2021 was likely to be an intense flowering period north of the Divide with good flowering expected in the southern Central Highlands.

“Nature did not disappoint.

“Areas like the Rubicon State Forest had intensive and extensive flowering reaching 100% in some parts - a remarkable and rare flowering event.

“In fact the sunny days, light winds and no rainfall on the back of wetter than normal summer allowed extended flowering.

“We have high hopes these flowers successfully pollinated. As the seed takes a year to mature, we are hoping for good seed next year.”

“Different areas of our Ash Forests will have slightly different genetic seed types so it is important for the long term viability of the species that we have seed in store from across eastern Victoria. Particularly as we anticipate more frequent severe fire seasons,” she said

“The seed collectors worked to pick the 2020 crops, and although lighter in yield than expected next year, they have still gathered over 2 tonnes of seed from the canopies so far.

The seed takes a year to mature on the tree so the bumper flowering this April, will be picked next autumn 2022 ensuring valuable seed is available in case of future fires to help our forest recover.