For the first time ever in Australia a species classified as extinct in the wild has been reclassified with Victoria’s Eastern Barred Bandicoot coming back from the brink of extinction. 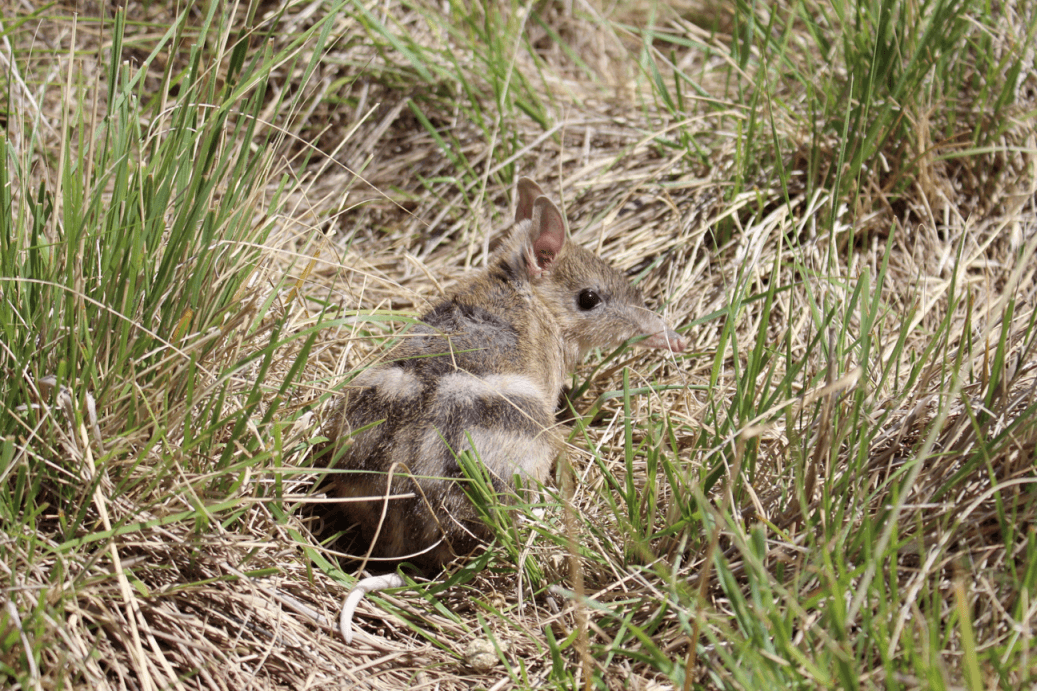 Minister for Energy, Environment and Climate Change Lily D’Ambrosio announced the species status had changed and, while still endangered, the Eastern Barred Bandicoot has a much brighter future.

The change in status for the nocturnal species – decimated by foxes and cats and habitat destruction − is the result of dedication and hard work by both volunteers and government agencies.

Once common across the grassy plains in south-west Victoria, Eastern Barred Bandicoot populations were eventually confined to the last wild population surviving near Hamilton. In 1989, only around 150 remained.

An Eastern Barred Bandicoot recovery team was formed in 1988 to coordinate efforts to rescue the species from extinction.

Bandicoots from captive breeding programs and fenced reserves have also been successfully translocated to secure, fox-free habitats on Phillip, Churchill and French Islands, where significant populations are now thriving. These combined sites are now home to about 1500 Eastern Barred Bandicoots, prompting the reclassification.

To help the species further, some of the captive-bred population has been inter-bred with their nearest relative, the Tasmanian Eastern Barred Bandicoot, to help improve the population’s genetic fitness and increase the species’ resilience to climate change.

The changed status enables Zoos Victoria to end its 30-year captive breeding program, which has produced close to 1,200 animals.

“We are excited to announce the change in conservation status for the Eastern Barred Bandicoot from extinct in the wild to endangered – it is an incredible first for Australia,” Ms D’Ambrosio said.

“This success is due to the efforts of every member of the recovery team. Community volunteers have played a big role at many of the reintroduction sites, helping check fences, count bandicoots and remove weeds and pests.”

“It is wonderful to see so many agencies and organisations working together to achieve this fantastic outcome for the Eastern Barred Bandicoot.”