One of DELWP’s long-serving employees says she enjoys still learning new things after more than 30 years with the Department.

Penny Richards, Fauna Emblems Project Officer with DELWP’s Biodiversity Division, first joined the department as a seasonal ranger while undertaking her undergraduate degree in Environmental Science after the subject piqued her interest in high school.

During her decades with the department, she also continued studying, undertaking post graduate degrees in natural resource management, environmental interpretation and bushfire management.

Apart from offering her a rewarding career that takes her into the field, working with DELWP also offers a ‘second career’ in incident and emergency management, which she has really enjoyed.

“I have a role in fire deployments undertaking fire planning, resource planning and logistics.” Penny explains.

More recently though, she has trained to become a member of a Rapid Risk Assessment Team (RRAT) and was this month deployed in that role for the first time. 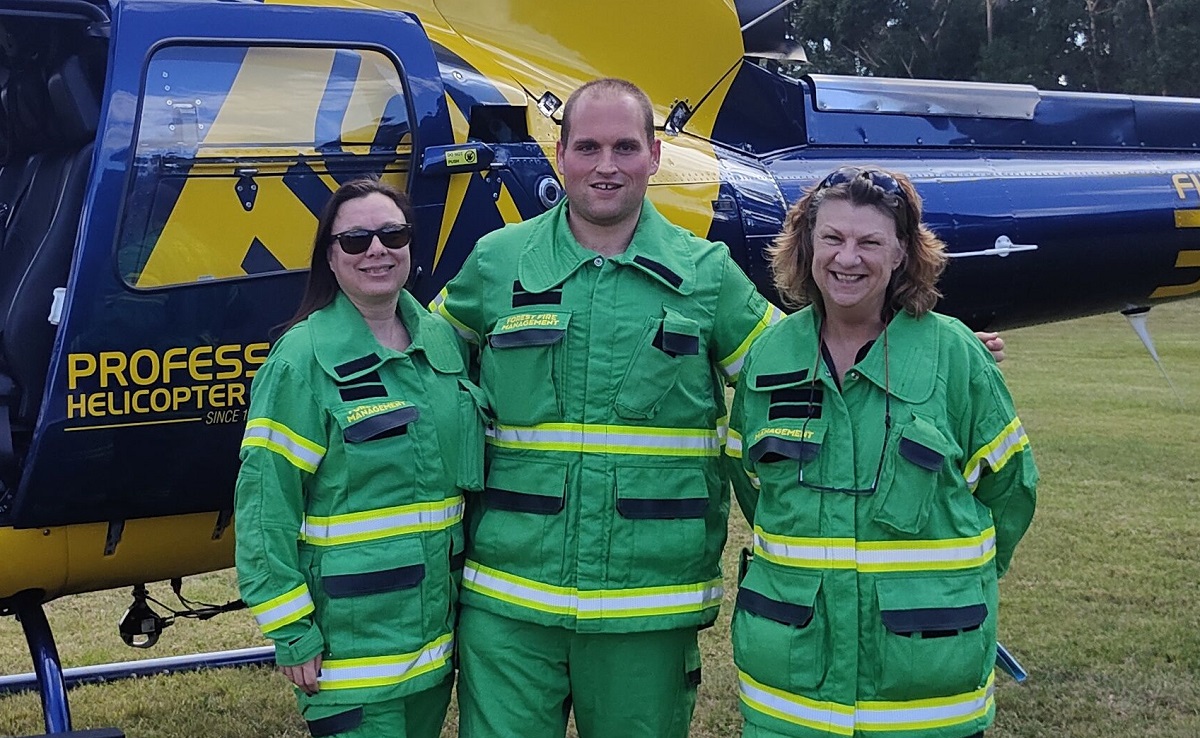 Penny Richard (far right) with RRAT team members deployed to Gippsland in May 2022.

Her interest in joining a RRAT stems from the aftermath of the 2009 Black Saturday bushfires.

“After the Black Saturday fires in 2009, I found the BAER (Burned Area Emergency Response) reports that the American teams produced very useful for planning both soil conservation and weed control works as part of the recovery process,” Penny said.

“Then, when I found out that the department was starting up such a team, I really wanted to join to be able to contribute my soil conservation knowledge and skills to the recovery process.”

Penny’s first deployment this month took her to Orbost to assess the impact of flooding in the area following severe rainfall in April.

“I was really happy to volunteer to go to Orbost as I spent a lot of time in that area earlier in my career, so I knew all the rivers and the landscape really well,” she said. The team was able to identify damage cause by the April floods, assess any risk and suggest remediation works to fix the damage and make the area safe.

Penny said she had enjoyed her first deployment and working with a new team of people from different disciplines.

“I think if you’ve had an emergency role before, you’re used to working with lots of different people and forming good working relationships quite quickly,” she said.

“We had fantastic leadership with our team leader Rob Marsh and quite a few people had done it before and were able to support those of us who were new in the role.

“My experience so far is that being a RRAT is very exciting because it’s quit a high-pressure job; we have to assess potential risks from emergency events and then suggest remediations and, costings for those remediations.

“The exciting part is coming out after an emergency event, seeing what the impacts have been, using your knowledge and skills to assess impacts and risks and then get estimations of what the costs might be to remediate those risks.

“It’s a really worthwhile process, because it means you’re able to contribute your knowledge and skills in whatever are your expertise is in to work out what needs to be done to remediate the damage and to recover after the emergency event.

“Being able to contribute to the recovery process after an emergency is very satisfying when you can see the damage that’s been done and the effect on local communities and to be able to put measures in place to remediate, or fix, that damage.” Penny Richard (far left) with the RRAT team deployed to Gippsland in May 2022.

Allyson Lardner’s incredibly diverse career and her leadership during the coronavirus (COVID-19) response has been honoured by the Institute of Public Administration Australia (IPAA). The Department of Environment, Land, Water and Planning (DELWP) is calling on volunteer citizen scientists and bird enthusiasts to help a state government program monitor the elusive Plains-wanderer (Pedionomus torquatus), so scientists can build an

Recovery from storms and floods continues one year on

News article: This week marks one year since the June 2021 storms and floods emergency that struck large parts of Victoria.