Memories of meeting the Queen

Following the announcement of Queen Elizabeth II’s death, Forest Fire Management Victoria’s Senior Aviation Officer Bryan Rees took time to reflect on his 2000 meeting with Her Majesty and the Duke of Edinburgh.

Team members from then Department of Natural Resources and Environment’s (now the Department of Environment, Land, Water and Planning) rappel program were invited to participate in an emergency services demonstration as part of the Queen’s Jubilee Tour of Australia in March 2000. The event was to be held at the Ballarat Botanical Gardens near Lake Wendouree.

Bryan remembers the organising of the event was initially highly confidential with multiple meetings at Ballarat between staff from the Department of Natural Resources and Environment, Australian Federal Police, Victoria Police, Country Fire Authority and British Embassy officials. 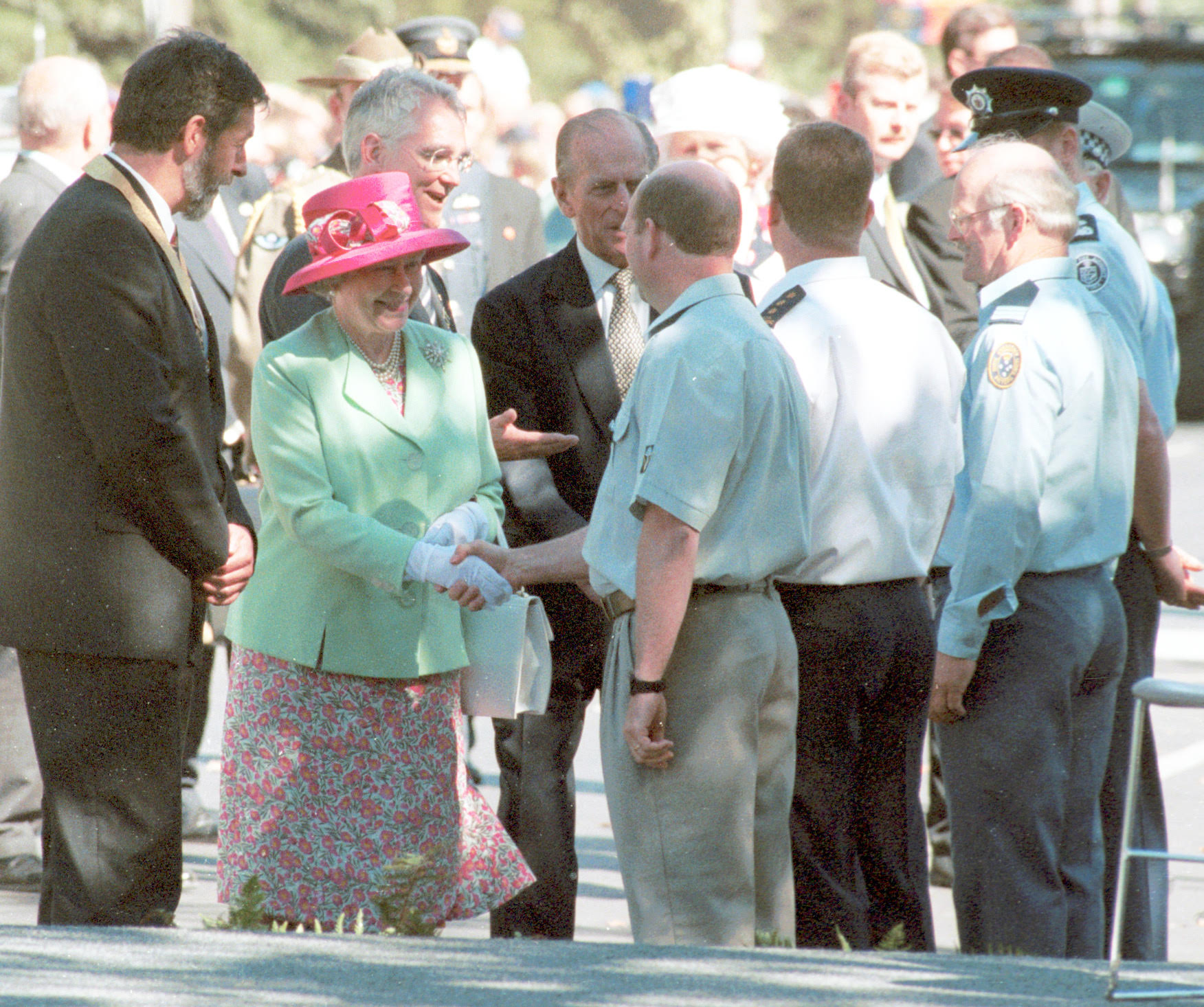 Image: The Queen chats with on Jon Sanders, while the Duke of Edinburgh talks with the other senior emergency management representatives present. Photo © Border Mail/ACM

"All the different emergency services were to demonstrate their skills in a short and well-choreographed event, followed by a Royal meet and greet with participants, and then a public walkabout," Bryan said.

"The flight schedule was worked through, and the briefings included multiple walk throughs on site with the pilot and others to identify hazards.

"Our demonstration involved four crew members rappelling to the ground – lowering equipment would take too long – then the helicopter would rotate out, pick up a load of water from the lake and do a fire-bombing run dropping the water as a backdrop to the crew on the ground."

"The timing was very tight, four-five minutes total for our demonstration, as the Ambulance Victoria helicopter was to be right up our tail after the water drop, to winch a paramedic to the ground as part of their demonstration," Bryan continued.

"The week before the event, we were briefed on the protocols for addressing the Royals, and very definitely there were to be no cameras during the meet and greet – no iPhones or selfies back then.

"The rappel hover height was critical. We were concerned a bit about the placement of the royal dais as the rotor wash from the hovering helicopter can be violent and the last thing we wanted was branches breaking or debris being blown onto the dais, let alone the royal hat being blown off.

"We were assured the royals were used to helicopters and some rotor wash.

"There were also a few other worries. What if the snorkel got blocked with weed and we could not fill or drop, what if we hit a duck or swan during the run into the lake?

"All these had to be worked through."

The crew did a practice run in the morning of the big day to get the timings right, which also involved landing in the park adjacent to the drop site and shutting down quickly so everyone could get to the meet and greet.

The Royal couple had a punishing schedule for the day having flown to Melbourne that morning, a visit to Sovereign Hill, a civic lunch and then the demonstration and walkabout before heading back to Canberra for another event that night. 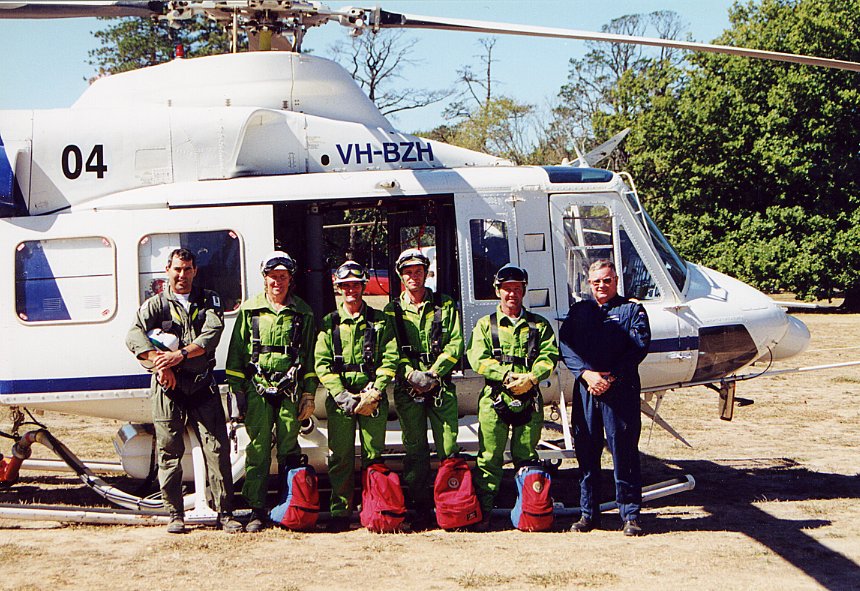 Image: The rappel crew and pilot pose for a group photo after a successful demonstration before the Queen of their skills.

"Apart from holding over the lake because the Royal entourage was delayed, the rappel demonstration went off without a hitch," Bryan continues.

"No branches broke, just a little rotor wash, no hats blew away. And we did not hit any ducks!

"The meet and greet was an amazing experience.

"All of the rappel group met and talked to her Majesty.

"We were standing downside of the road camber and we still felt we were towering over the Queen, and we all commented how she emanated a presence.

"Her smile and interest never wavered, and she asked questions to each of the emergency service groups.

"All in all, it was a very memorable personal experience."

Stewart, Tracy, and Bryan are still heavily involved in Forest Fire Management Victoria (FFMVic) fire and aviation with Stewart a Fire Infrastructure Officer based at Bairnsdale, Tracey a District Training Officer at the Ovens depot and Bryan the current Senior Aviation Officer for the agency.