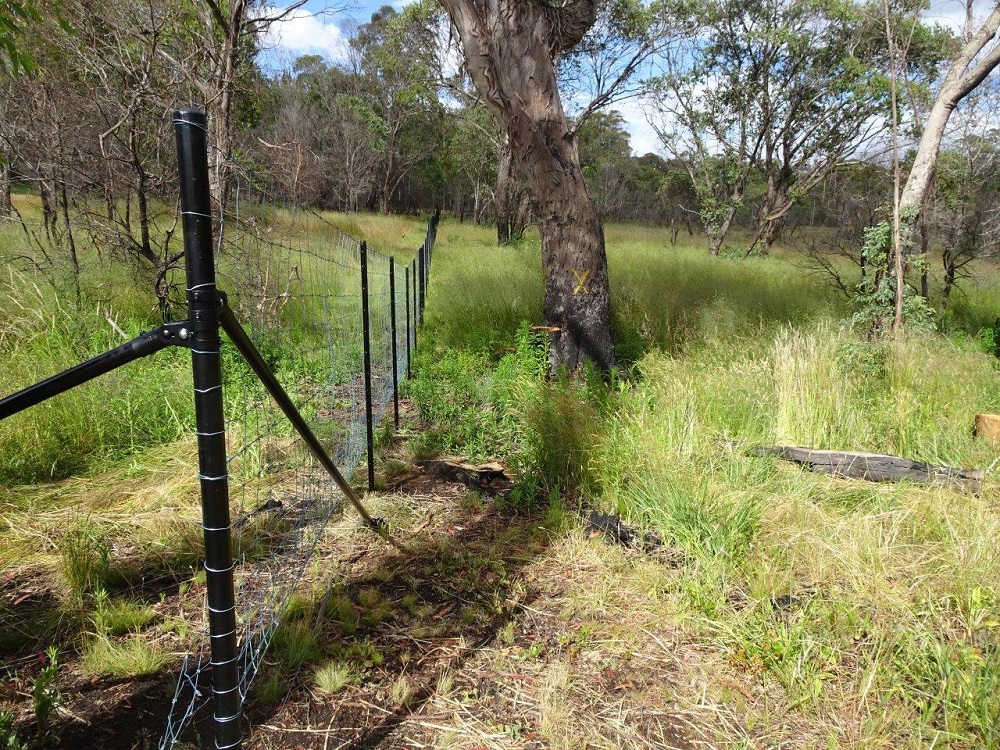 A fence to exclude deer and protect an endangered wetland habitat has been constructed in north east Victoria following last summer’s devastating fires.

The five-hectare fenced area is located within the 170-hectare Pheasant Creek Flora Reserve near Shelley in the Upper Murray, and will protect the critically endangered Summer (or Shelley) Leek-orchid (Prasophyllum uvidulum) and over 40 other threatened species.

“Deer can overgraze native habitat and their hard hooves damage soil and vegetation in sensitive grassy wetlands and drainage lines.”

“The fence protects the only known population of the critically endangered Shelley Leek-orchid, which has responded surprisingly well to the fires – with over 250 individual flowering plants (up from only 30) recorded in the first spring post-fire.”

Parks Victoria Ranger John Silins said: “The fence is designed to exclude introduced deer but allows native animals such as wombats, wallabies, and kangaroos to come and go.”

“It can also be adapted to exclude feral pigs if they become a problem in the future.”

“Our deer and weed control programs will continue in the surrounding areas to reduce the pressure on the reserve.”

“We are working closely with DELWP, Hancock Victorian Plantations (HVP), and community groups to manage these threats and ensure these endangered species thrive long-term.”

The Upper Murray-Walwa fire started by lighting on 29 December 2019 and burnt approximately 226,000 hectares of public and private land.