Celebrating the UN's International Day of Women and Girls in Science

Lyndsey Vivian is one of a large cohort of women scientists at DELWP. To celebrate the UN’s International Day of Women and Girls in Science today (Thursday, 11 February), she discusses why she loves science and the barriers she’s confronted

Why Lyndsey loves her scientific career 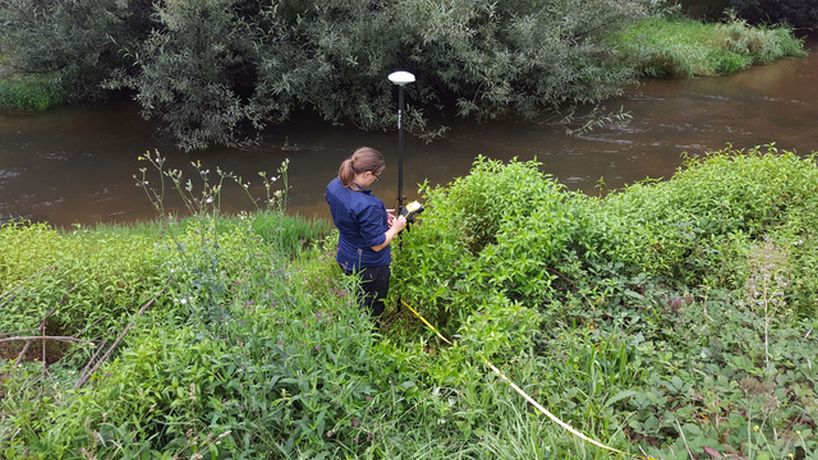 Lyndsey Vivian is one of a large and growing cohort of women scientists at DELWP. To celebrate the UN’s International Day of Women and Girls in Science today (Thursday, 11 February), she discusses why she loves science and the barriers she’s confronted.

Exploring a degraded wetland isn’t everyone’s idea of a glamourous work assignment, but there’s nowhere Lyndsey Vivian would rather be.

Lyndsey, a riparian and wetlands ecologist with DELWP’s Arthur Rylah Institute for Environmental Research, says it was exactly this kind of work that lured her into science while she completed a dual arts and science degree at Monash University.

“In my team, we often work in quite disturbed systems, like small remnant wetlands in people’s paddocks or beside the bank of a river that’s been regulated and degraded,” she said.

“We’re trying to improve ecological outcomes, particularly by studying management interventions like the use of water for the environment. We see a lot of Victoria but it’s usually not in a pristine national park. It’s the opposite of glamorous. But we can make a big difference in these sorts of more degraded ecosystems.”

Lyndsey has had a variety of roles in science, including teaching at Monash and a post-doctoral fellowship in wetland ecology at CSIRO, before coming to DELWP two years ago.

“I always liked science at school, and I went to schools that valued the environment. That was always instilled in me,” she said.

“But I wasn’t really sure until I did an ecology field trip subject in my second year at uni, and I just fell in love with it.

“We did lots of activities like counting ants, dissecting rabbit poo, measuring trees and assessing plants in quadrats. Looking at the world on that detailed scale really appealed to me. And I did every single ecology subject they offered after that.”

Job Opportunities for Women in Science

After studying at Monash, Lyndsey completed her PhD at the Australian National University and has worked her way into a science career.

“There’s still a lack of funding for ongoing positions. There seem to be more opportunities in government, but increasingly fewer in the academic world,” she said.

“It’s heartbreaking to think of the women I’ve met along the way who are brilliant scientists, but their post-doc has finished, or they might have had time off for kids or to care for parents, and they end up without a science job.

“We’re training all these talented, wonderful women and they often start with opportunities but then their jobs don’t last, and the competition seems to get greater and greater for every position. In my own work history, there is a gap where I wasn’t in the science field, and it was just good luck and good timing that got me back.

“I don’t think it (science) is valued highly enough.”

But Lyndsey said DELWP has been a welcoming environment.

“DELWP has been amazing with flexible working arrangements. I think it suits everybody,” she said.

“My colleagues are incredible. Very knowledgeable, very supportive, at the top of their fields. And what I like about working at ARI, which is what I've always liked about ecology and science in general, is being able to help people and improve how we manage the environment.”

Victoria’s water corporations and catchment management authorities have been working hard to repair and replace essential water infrastructure and restore our waterways and catchments.

Authorities are reminding the community to follow advice and stay safe around coastal cliffs between Torquay and Aireys Inlet. Celebrating the UN's International Day of Women and Girls in Science

To celebrate the UN’s International Day of Women and Girls in Science today (Thursday, 11 February), Lyndsey Vivian discusses why she loves science and the barriers she’s confronted.

To celebrate World Wetlands Day on 2 February this year we’re encouraging everyone to visit and enjoy the wetlands near them.